Just in time for the Christmas season, the Society has released a few new membership options tailored to suit many, below is the official press release:

The gift of membership of The Scotch Malt Whisky Society can now be tailored with optional extras such as bottles, a taster pack of drams and tasting tickets to suit the whisky fan in your life

If you’re looking for a Christmas present with a difference for the adventurous whisky fan, The Scotch Malt Whisky Society (www.smws.com) has launched a new range of membership packages (www.smws.com/whisky-club-membership), which can be tailored with optional extras.

The Society is the world’s leading whisky club with a community of more than 26,000 malt-loving members around the world.  The club, which was started by a group of friends in Edinburgh in 1983, specialises in single cask whisky and takes a unique approach to whisky by celebrating the flavours in the bottle through 12 unique flavour profiles. 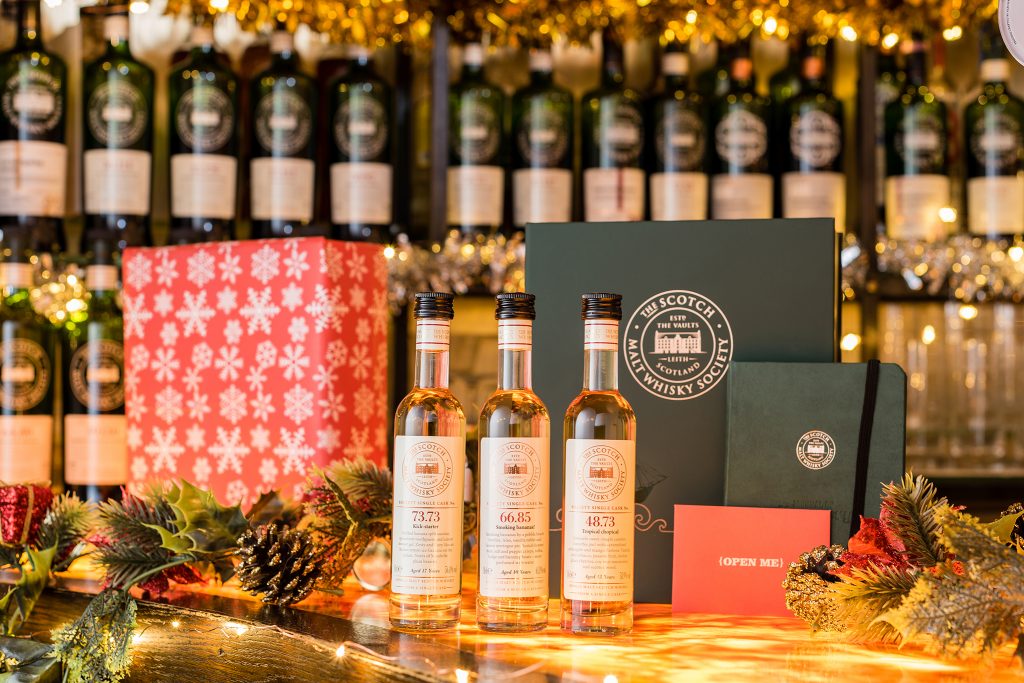 The core annual membership of the Society costs £65 and provides whisky lovers with an array of benefits including: exclusive access to Society whiskies and other spirits; entry to the Society’s Members’ Rooms in Edinburgh and London; members’ rates for SMWS tasting events; discounted dram prices at SMWS partner bars; free subscription to Unfiltered, its award-winning members’ magazine; and savings on postage and packaging.

In time for Christmas, the Society has introduced a range of new membership packages (www.smws.com/whisky-club-membership), which allow buyers to build on the core annual membership (£65) with tailored optional extras to suit the preferences of the whisky lover in their life.

The new membership packages are:

The gift that keeps on giving

The Society releases around 20 new whiskies each month. Christmas is the perfect time to become a member as the Society releases one of its biggest-ever selections of bottles, with around 100 new bottles being released during November and December. This includes bottles with festive flavours and names such as ‘Curl up by the fire’ and ‘Hot apple and cinnamon sponge’.

Each whisky released by the Society is drawn from a single cask, which may only produce as few as 100 bottles, making each bottle a limited edition. Rather than reveal the name of the distillery where the whisky is from, The Society describes its bottles through the lens of flavour.

It releases its bottles through 12 unique flavour profiles with names such as Spicy & Dry and Old & Dignified; each bottle comes with a fun and evocative name, such as ‘Killer bee rum punch’ and ‘Hansel and Gretel at the Savoy’, and colourful Tasting Notes (‘gentle, sweet with a hint of spice like sticky rhubarb and ginger crumble or gooey vanilla cherry pie’) which detail the flavours.

To buy a membership of The Scotch Malt Whisky Society as a gift this Christmas, visit www.smws.com/whisky-club-membership