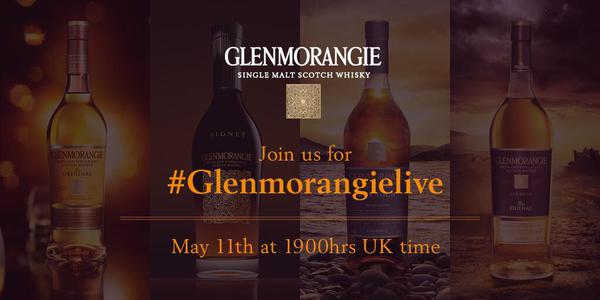 Last night we participated in the very popular Glenmorangie Twitter Tasting.  We tasted and chatted about The Original, Signet, The Duthac and Dornoch.

Great company, tasty drams and some very interesting tasting notes were documented, see below some of the chat from our twitter feed.  To read the full story of the evening, click here. #Glenmorangielive

Huge thanks to Steve at The Whisky Wire, Dr Bill Lumsden and all the fabulous Whisky loving folk that we share Twitter with every day…