We are now onto number 11 in our series of Q & A, and it is Bill Mackintosh who has the task of answering our questions, we met Bill at the fantastic Glasgow Whisky Festival, which for the Whisky Boys was the outstanding event of 2010 and we would expect that it might just be the best event of 2011, we have already bought our tickets and canny wait.

Now lets see how Bill got on with our questions: 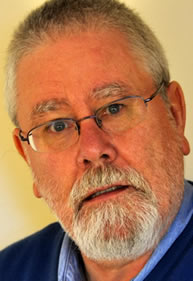 A. I first sampled whisky when my mum and dad went out for the night and I discovered his bottle of Whyte and Mackay. It had the golden top that held a sizeable dram, so over the weeks I had the odd tipple, topping up the level with tap water. As the bottle got lower, my dad pronounced “Those b*st*rds are watering this” (they weren’t Richard, it was me!) and switched to Ballantine’s – much less easy for me to pochle a dram. I started more seriously when I worked in Aberdeen and discovered single malts (initially Glenfiddich). About six or seven years ago Glasgow’s Whisky Club was started and I became secretary, and then chairman. Last year Mark Connelly and I started Glasgow’s Whisky Festival, which I’m delighted to say was a sell-out, and is fast heading that way for 2011.

A. I spent 40 years as a journalist in Scotland and I have no desire to live anywhere else, so combining writing and whisky would be my ideal.

A. Jointly founding and organising Glasgow’s Whisky Festival. It went from a chat with Mark over a beer and in the space of a matter of months grew to become Scotland’s largest one-day whisky festival. The support from everyone in the industry was immense and it turned out to be exactly the kind of whisky festival we would want to go to!

A. I have loved every distillery I have visited. The sense of history, of pride, of a commitment to the community and the product 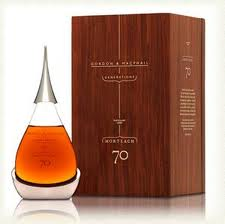 makes me feel humble. There is no finer place in the world to have a dram than in the warehouse where it has been sleeping for many years. Having said that, the wee warehouse at Glenburgie is a special place and a dram from a freshly opened cask is a defining moment.

A. The stand-out bar for me is the Bon Accord in Glasgow. It is a warm and welcoming place; the kind of pub you could happily while away an afternoon. It has a fabulous selection of whiskies and some of the best beers I’ve ever tasted. Its soup and steak pie deal is pretty hard to beat too! Paul McDonagh and his staff are quite simply ambassadors for all that’s good about pubs. Who would I choose to be with? Anyone who shares a love of a dram. A stranger is just one dram away from being a friend.

A. There are so many to choose from; the Gordon and MacPhail 70 year old Mortlach I tasted in Edinburgh Castle. Beautifully structured and wonderfully fresh for such a venerable dram. At the other end of the scale, the young Abhainn Dearg that Mark Tayburn is producing from the Isle of Lewis, which shows immense promise, Alasdair Day’s remarkable Tweeddale Blend of 50% malt and grain from his great grandfather’s original cellar book, and an intriguing seven year old Glenfiddich cask sample from a first fill bourbon that members of Glasgow’s Whisky Club were privileged to taste recently. But to leave any out would be a crime. There’s always something good you can get from a dram.

p.s. Jim can remember when the Bon Accord was just a real ale “shop” and the bar was situated under the front window, lager was frowned upon, those were the days.