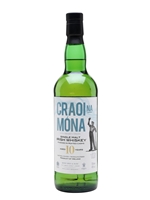 The third release of Berry Bros & Rudd's Craoi Na Mona Irish single malt, this was aged in American oak for around 10 years before being finished in peated-whisky casks for a few months. This is lightly sweet with notes of earthy smoke, orange and peach.