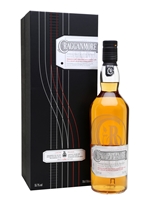 A no age statement expression launched as part of the Diageo Special Releases 2016. This is from the meatier end of the Cragganmore spectrum, packed with rich and weighty flavours that open up to reveal sweet fruit and brown sugar with a drop or two of water.