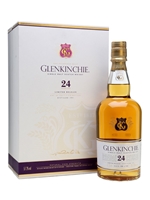 A rare, refill-European-oak-matured release from Glenkinchie, part of the Diageo Special Releases 2016. This is weightier than the most releases from the distillery, with well-balanced fresh and dried fruit, and a background of spice.