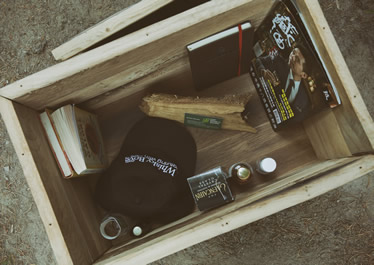 The Collective was set up last year by David Boyd (Chairman of the Aberlour A’Bunadh Collective) to celebrate the cult that is A’Bunadh one of the finest Whiskies that is produced in Scotland.

Late morning on the 15th June I arrived in Keith and driven to the wonderful Linn House for a light lunch prior to going to Aberlour Distillery. The Collective party numbered twelve and included Rachel McCormack (broadcaster, writer and a regular on BBC TV and radio) Suzanne Redmond of The Cask magazine and Whisky writer Johnny McCormick to mention just a few.

At Aberlour distillery we were met by wine expert Jane Parkinson for a sherry masterclass.
We were able to taste 5/6 different types/styles of sherry and what the barrels they matured in impart into Single Malt Scotch Whiskies. I found this to be very valuable, again Scotch Malts are not just about the water, barley and yeast there are so many other processes and aspects that have to be considered.

After the Sherry masterclass we were given a first class tour by Graeme Cruickshank, 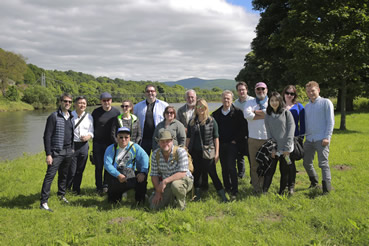 Master Distiller at Aberlour. Born and raised on Speyside and with more than 40 years experience in the Scotch Whisky industry. During the tour we were able to taste some exceptional Whiskies straight from the cask. Graeme’s enthusiasm for his distillery could not be hidden, he appears to me that he is a man who wakes up each day with a smile on his face as he gets himself ready for work. This tasting also included the unveiling of the Aberlour A’Bunadh Plaque.

We then had a little free time at Linn House prior to having dinner which was a Spanish Feast hosted by David Boyd, Ann Miller (International Brand Ambassador) and Chef Jose’ Pizzaro. This seven course feast was accompanied by some very fine wine and sherry.

We all finished day one with a couple of drams in the library bar.

Day two started with breakfast in Linn House. We then set off for Aberlour Distillery to be met by Mark Williams Parkinson a foraging expert. We had a short walk from the distillery to the River Spey’s waters edge, stopping all along the way tasting and smelling various herbs, grasses etc. I think that the foraging would be very beneficial to both chefs and bartenders, giving them alternatives in cooking and the construction of cocktails.  After the foraging we all arrived at The Copper Dog, Craigellachie Hotel for a well deserved and smashing lunch. 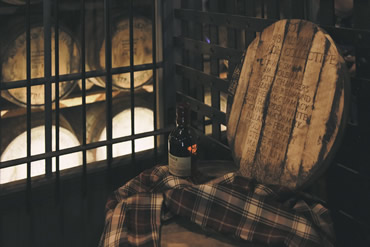 After lunch we had an Aberlour A’Bunadh masterclass in The Celtic Theatre led by David Boyd. This masterclass included the de-construction of the A’Bunadh and once again is showcased the skill of Master Distillers and all that they have to consider when creating a new expression, or even, a new batch of A’Bunadh taking into account how good previous batches were.

It is now late afternoon and we all head down the Lour Burn for a dram or two at Linn Falls and the filling of the Aberlour Time Capsule. I placed in the Capsule a Whisky Boys cap and a miniature of Whisky called Old Jim, with all the other inductees placing a very diverse range of items, including an old copy of Whisky Galore. We spent a little time at the falls and enjoyed a couple of A’Bunadh drams, very tranquil and great to just chat with all, including Nathan and James from Richmond Towers.

The couple of days on Speyside ended with drinks in Linn’s Library Bar including the tasting of an “A’Bunadh Collective Elemental Serve” a new cocktail, very light and refreshing. We moved into the dining room for an Elemental Banquet hosted by Graeme. Some of the foraging plants were used in all of the dishes we ate that night..

Final drams were taken in The Garden Bar where everyone chatted about the past couple of days and no one had any down points, all were positive. 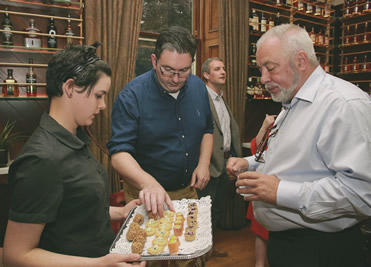 I have to give a BIG THANKS to Nathan and James from Richmond Towers, David Graeme and Ann from Aberlour, Jane for her sherry knowledge and Mark for a walk in the woods and his knowledge of what is edible out there and what is not.

So I headed home with many fine memories and some new pals. I can also say that Rachel has sent me a copy of her first book “Chasing the Dram” I will read and review on my website shortly.

2018 is not to far away and I hope that the new Inductees have as an interesting, educational and fun time as I had over those couple of days on Speyside.

I have to admit that even before the invite, A’Bunadh has been a firm favourite of mine, to such an extent that I have a delightful Edinburgh Crystal Decanter and since I bought it many years ago, it has only every held A’Bunadh.