A mere 120 years ago in the town of Elgin, Glen Moray began distilling.  This year to celebrate this huge milestone they have decided to release a very special whisky which will include whisky from five distinctive vintages, which have been matured in a variety of fortified wine casks across the different decades.   But, you’ll need to wait a little while before you can taste it, as it won’t be released until April 2017, just in time for the Spirt of Speyside Festival.  Official press release below… 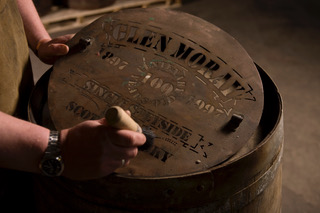 120 years of single malt whisky making history at the Glen Moray distillery, at the heart of Scotland’s Speyside region, is celebrated throughout 2017.
The first drops of spirit ran from the copper pot stills at Glen Moray on the 13th September 1897. Over the last 120 years, just five men have had the honour of being “Master Distiller”. The men who have made Glen Moray great.
The current Glen Moray distillery was originally developed as the Elgin West Brewery in 1830 and produced several local ales before redevelopment into a fully functional single malt distillery sixty-seven years later when The Glen Moray Glenlivet Distillery Company Limited was formed on the 27th January, 1897. Handwritten ledgers show the first spirit run being made on the 13th September, 1897 using all local barley.
The early 1900’s were turbulent times for malt whisky across Scotland, followed by the onset of World War One, enforced constriction of the production of malt whisky by the Pot Still Malt Distillery Association of Scotland in the early 1930’s and World War Two.
Expansion continued during the 1950’s and Glen Moray Single Malt Distillery has recently undertaken expansion works so that the production capacity has grown to 6.5mla.  Additional maturation warehouses have been built increasing the storage capacity from 90,000 barrels to 250,000 barrels. 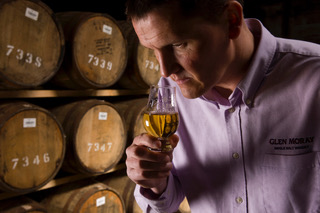 Graham Coull, current Glen Moray Master Distiller, took over the helm in 2005 and continues the tenacious, innovative stewardship, which has remained very much at the heart of the distillery since spirit first flowed from its stills.
To celebrate the 120th Anniversary, Glen Moray are introducing “Mastery” special release crafted by the fifth Master Distiller, Graham Coull, using whisky from five distinctive vintages, matured in a variety of fortified wine casks across the different decades.