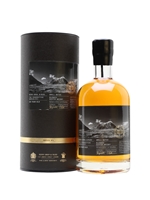 Each whisky in the series is represented by a piece from photographer Lindsay Robertson, depicting Scotland's dramatic and beautiful landscapes. The 40-year-old features an image of Bauchaille Etive Mor on a crisp, clear day in early winter.