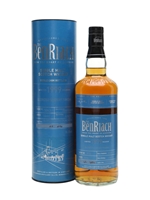 The youngest release in the 13th batch of single-cask releases from Benriach, this 16-year-old whisky was finished in an oloroso-sherry puncheon. This whisky has notes of cinnamon, honey, sultanas and pepper.