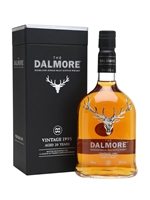 This 20-year-old whisky was finished in casks which formerly held Sauternes. Released for La Maison du Whisky's 60th anniversary, this is rich and rounded with notes of red fruits, chocolate, vanilla and liquorice.